Register below to receive access to The Directors Cut Movie + all new panel event and discussions surrounding the film.

All-Access on the next page.
Enter name & email below.

“Space is not empty. It’s full.

It is the ground for the existence of everything, including ourselves”

This is the story of David Bohm, the man Einstein referred to as his Spiritual Son and the Dalai Lama relied on to be his Science Guru. Recognized by the greatest minds in physics, Bohm gives us the most coherent understanding of the Universe and our place within it by unifying the deep philosophical revelations of Quantum Physics with the ancient Spiritual Wisdom of the east. This film takes you on a journey that is both scientific and mystical. Your destination will not be a place, but a new way of seeing things!

A very special group of scientists, colleagues, philosophers, and friends, many of whom knew and worked with David Bohm, were interviewed, sharing their memories, collaboration, and their personal shared life experiences with Bohm.

“This is the most important Film since An Inconvenient Truth”

Infinite Potential has been seen by millions of people worldwide but to date there has been no in-depth discussion surrounding this longer version of the film – the Director’s Cut!

This version of the film takes a deep dive into the philosophical implications of consciousness in quantum physics and reveals to us the profound interconnectedness of science and spirituality and David Bohm’s insights into the underlying nature of reality.

Watch the Directors Cut now and the full talk series of – Seven Panel Events – featuring many of the biggest names and most prominent voices from across the science, spirituality and human spectrums. These include the renowned spiritual leader Michael Beckwith, best-selling author, political activist and thought leader Marianne Williamson, founder of Tibet House Robert Thurman, CEO of the David Lynch Foundation Bob Roth, board Chair of the Parliament of World Religions Audrey Kitagawa, His Holiness the Dalai Lama’s personal English translator for 35 years Thupten Jinpa and many more….

LEARN FROM 20+ EXPERTS IN THE NEW SERIES 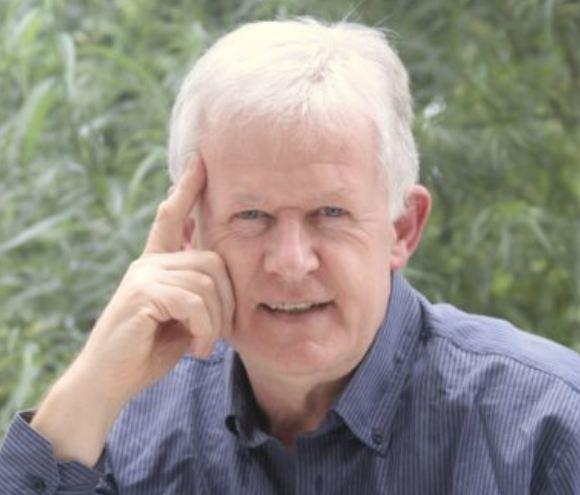 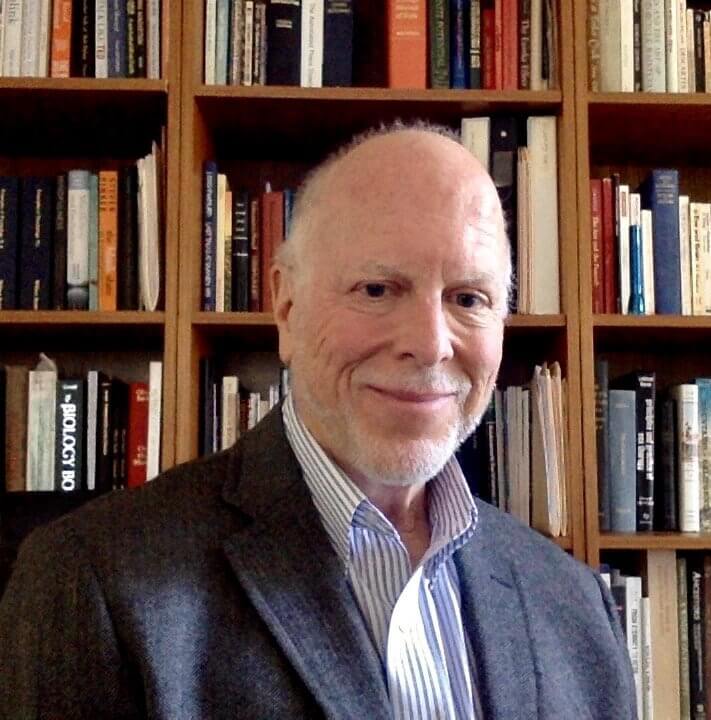 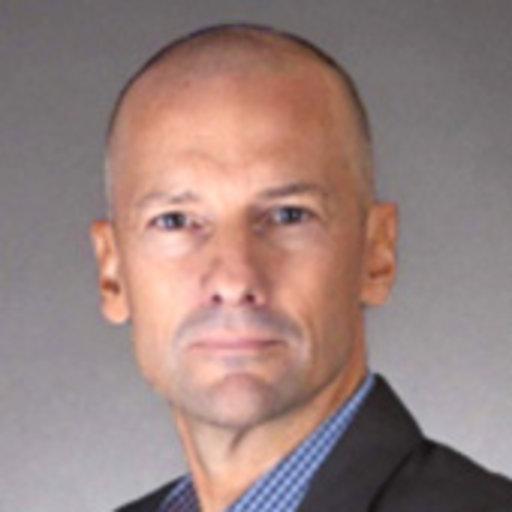 The Vedanta Society of America 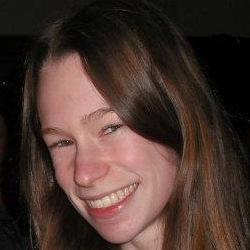 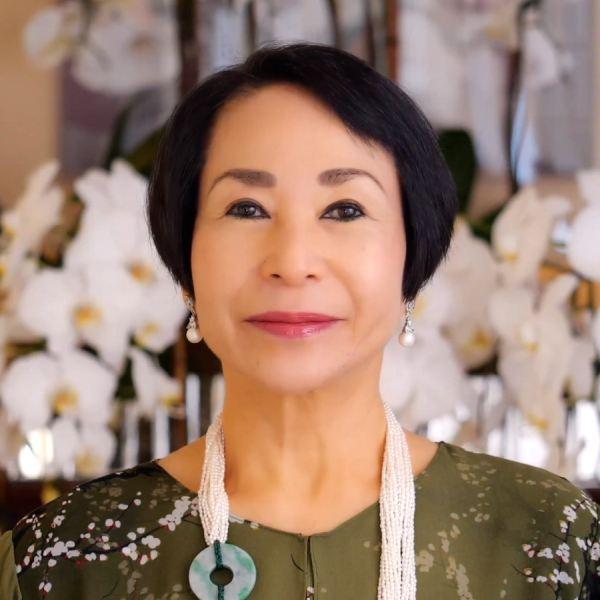 Board Chair Parliament of World Religions 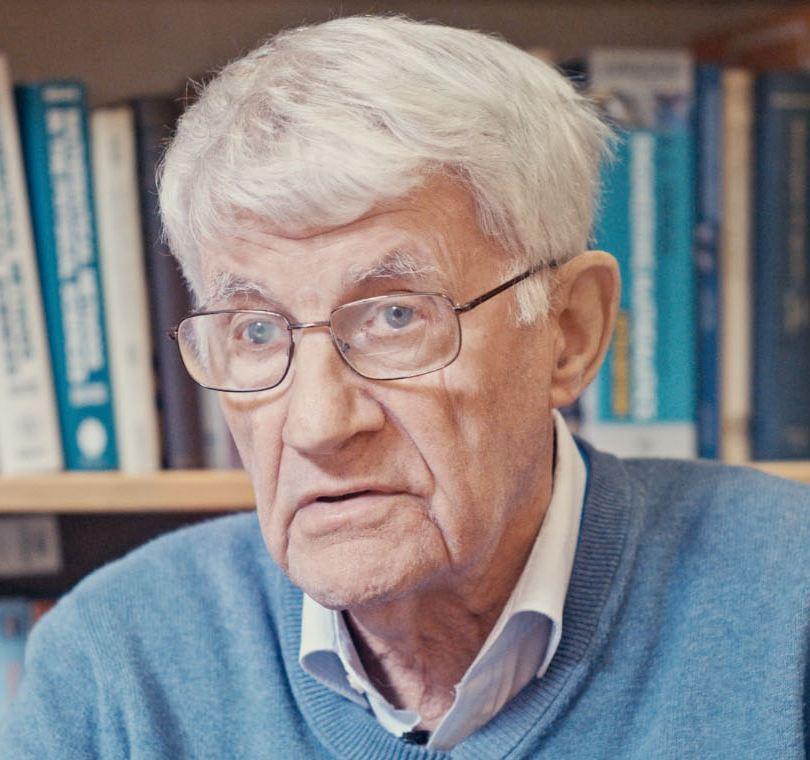 Film Interviewee, Collaborator and Colleague of Bohm for over 30 years 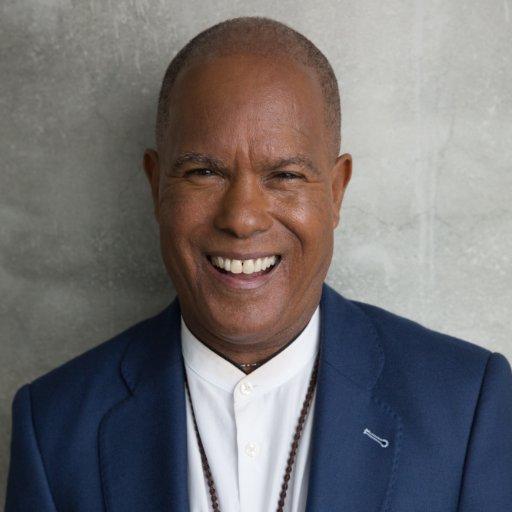 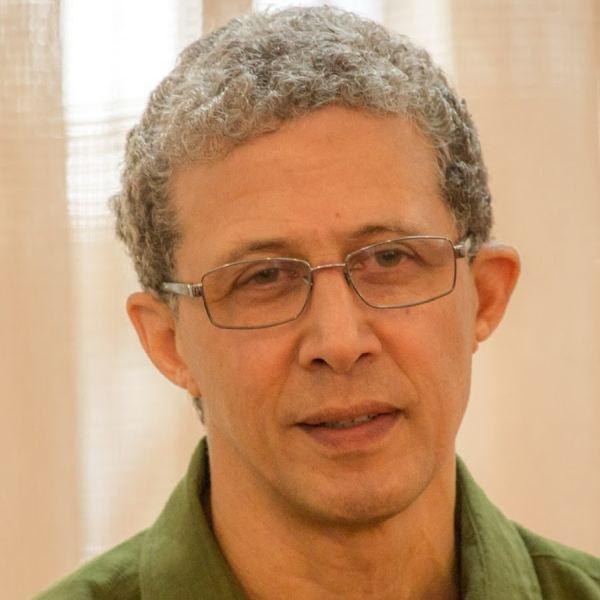 International President of the Theosophical Society 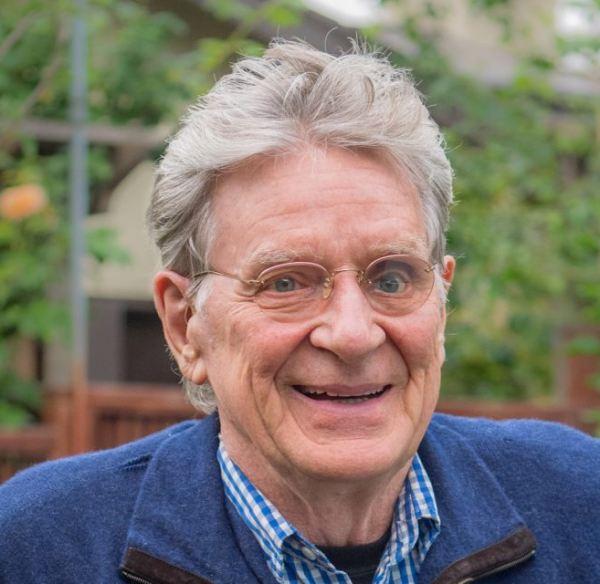 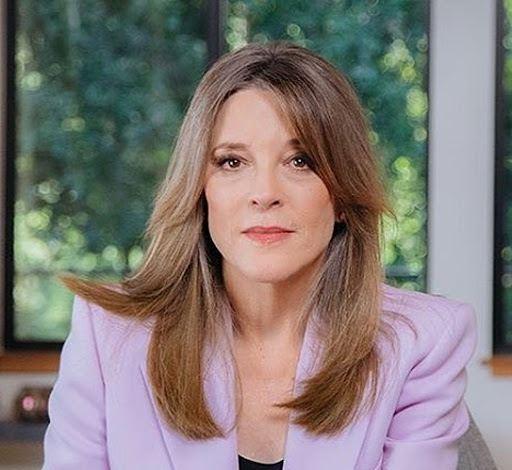 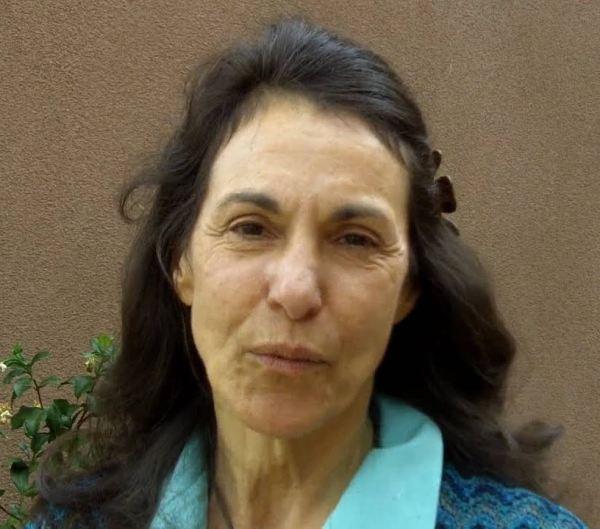 President and CEO of HearthMath Inc. 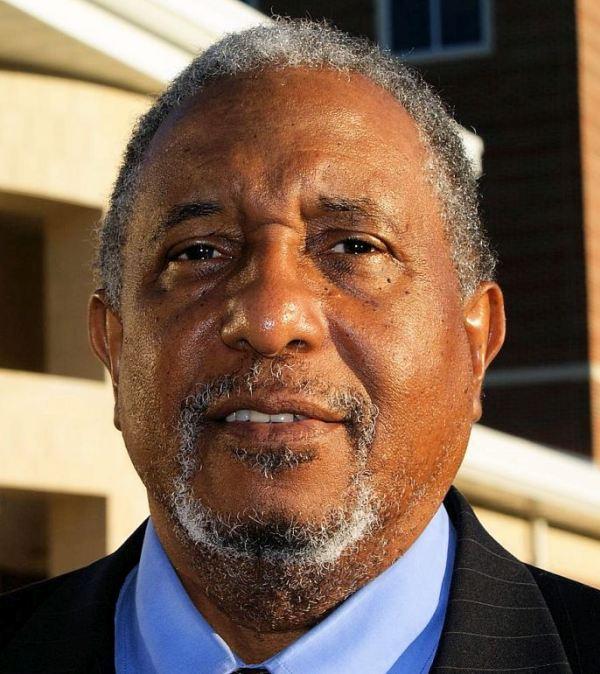 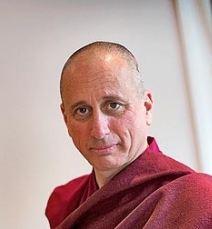 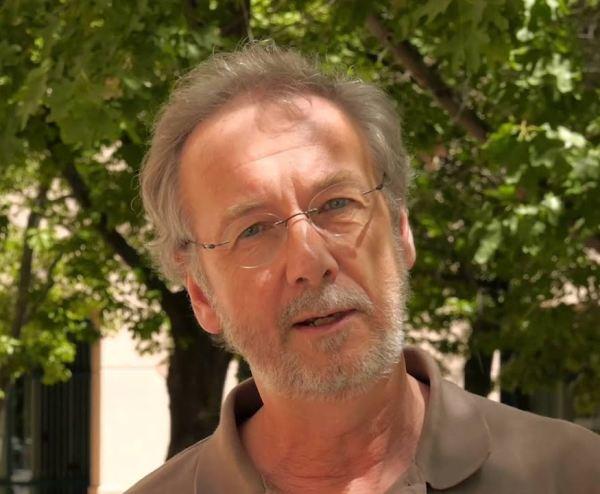 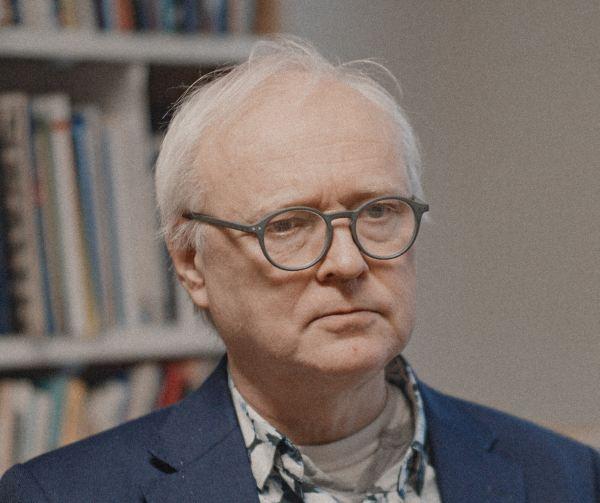 CEO of the David Lynch Foundation 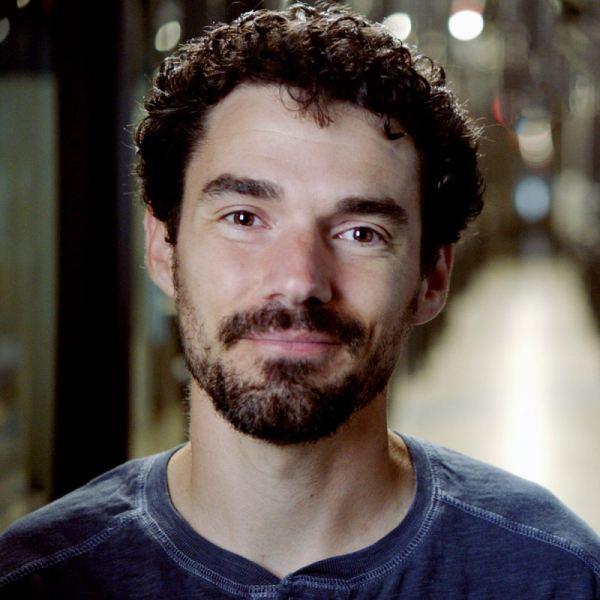 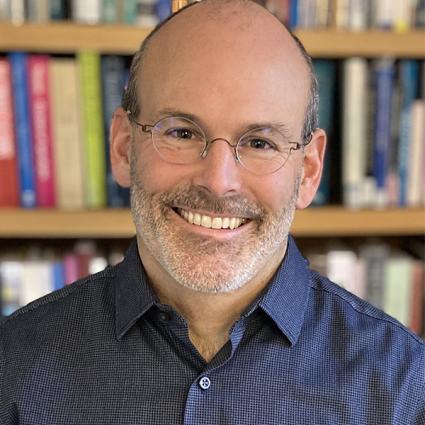 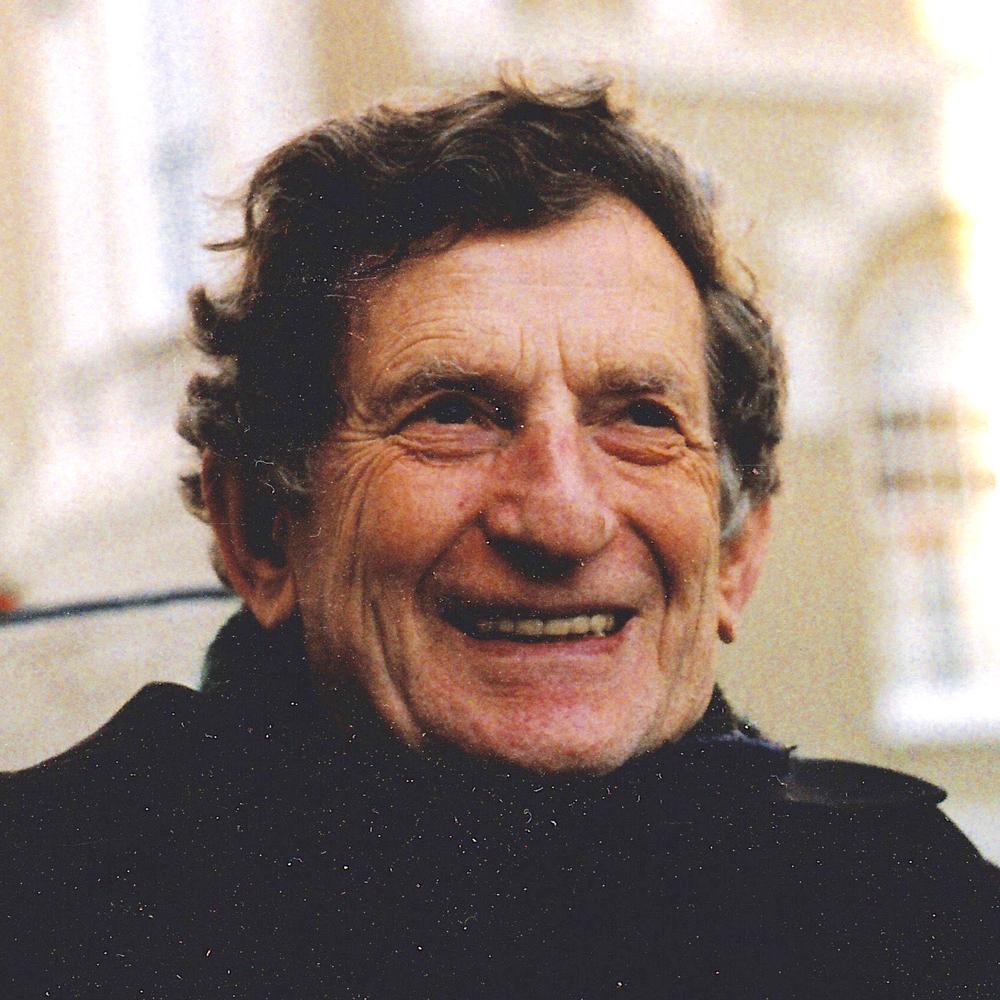 He was one of the 20th Century’s most brilliant physicists. Albert Einstein called him his spiritual son. The Dalai Lama relied upon him as his “science guru.” So why is it that hardly any of us know the name: David Bohm?

Growing up in a poor Pennsylvania coal-mining town during the Great Depression, David Bohm possessed a rare and maverick intelligence that baffled his parents and peers. After earning a scholarship to go to college, Bohm got the attention of the greatest minds in science, including Robert Oppenheimer, the father of the Atomic Bomb, who became his thesis advisor but would eventually turn against him.

Bohm’s explorations led him to intuit a hidden order to reality––the Quantum Potential––that underlies both the microscopic world of subatomic particles and also the macro world of stars and galaxies. Bohm had turned to Eastern thought and the wisdom traditions of India to talk about something that underlies all of creation––a realm that mystics have known about for millennia and modern science is only just beginning to explore. Bohm’s revolutionary ideas were way ahead of their time––a threat to the scientific orthodoxy. Today his ideas are gaining acceptance – but are still ahead of their time.

Every so often a film comes along that awakens the soul and shakes up the human Psyche; 2001, Koyannisqatsi and Charles Eames’ Power of Ten. To that list we can now add Paul Howard’s “Infinite Potential”

Space is not empty. It’s full. It is the ground for the existence of everything, including ourselves.

The essential quality of the infinite is its subtlety, its intangibility. This quality is conveyed in the word spirit, whose root meaning is ‘wind or breath.’ That which is truly alive is the energy of spirit, and this is never born and never dies. 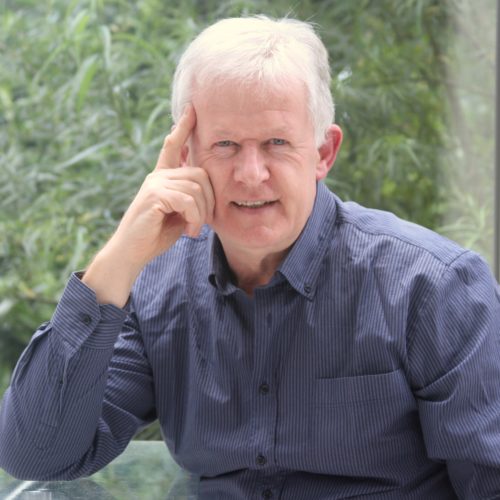 Film and Television Producer and Director

In 2016 Paul finished production on a Feature Film titled “TWICE UPON A TIME IN DUBLIN”, a romantic comedy.

He was the director and producer of “INFINITE POTENTIAL – THE LIFE AND IDEAS OF DAVID BOHM”, his most current work.

Some recent successes include “21st CENTURY RAILWAY – A modern history of railways; WAITING for Houlihan, ‘Arts documentary nominated for an IFTA award; MARSH TO THE SKIES – The secret Irish /American alliance that gave American access to Shannon Airport during the ‘Cold War’; THE IRISH IN HOLLYWOOD – a documentary “special” on the cultural impact that the Irish have had on the famous Film Town; BLOOMSDAY, a documentary celebrating James Joyce’s Ulysses, broadcast internationally.

In Australia, Paul completed TRIUMPH OF THE NOMADS, a history of Australia prior to the arrival of European white settlement; and THE PINTUBI, a series about the last remaining tribe of Aborigines who roamed the outback of Australia up until 1935. Also BREAKTHROUGHS a series on the latest developments in science and medicine.

Paul is married to Bernadette and together they have four children, three boys and one girl. 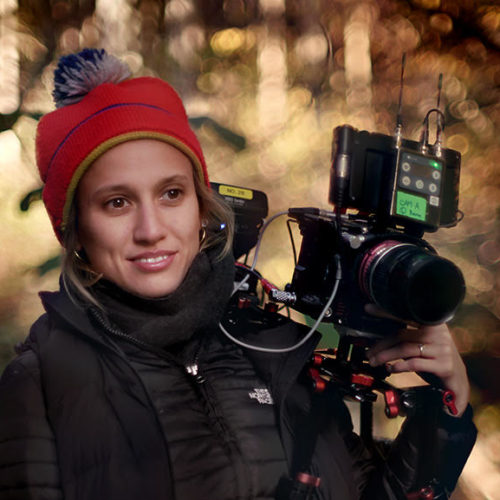 Director of Photography and Editor

Juliette is a cinematographer and editor. She grew up in Switzerland where she went to school and studied. Juliette has worked for companies like Lufthansa, Pampers, Tebco, Red Bull, Nivea, Wordvision, Line Japan and many more all over the world.

She has always been interested in topics such as quantum physics, consciousness as well as awareness, sustainability and the idea of an interconnectedness of everything. 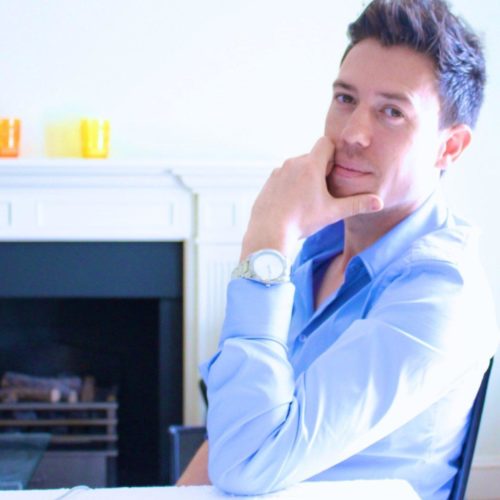 David is a media executive, music producer, composer and editor. He was born in Sydney, Australia but grew up in Dublin, Ireland.

He created the successful BLUEPRINT MEDEIA GROUP from where he managed multiple film and television projects and their associated commercial branding in Dublin, London and Sydney. He is also a founding director at January 3 Entertainment.

He is very interested in the concept of Wholeness, personal and global transformation.

He is currently based in London.

In 2000, Maureen Doolan co-founded the Pari Center with her husband the late F. David Peat.

In Canada she worked extensively with illiterate adults in the volunteer sector (matching learners with trained volunteer tutors) in a program she co-created, called People, Words and Change. In 1993, after 13 years of contributions to PWC she received the Governor General of Canada’s Award for Volunteerism. She has served on the boards of a number of non-profit organizations.
In Ottawa she worked as a writer-researcher for CGEAVC (Canadian Government Exposition and Audio-Visual Centre) and the National Museums of Canada providing research and written text for national exhibitions, international expositions and trade fairs, and museum exhibits.

In 2008, in partnership with her daughter Eleanor Peat, she began Pari Publishing, a publishing house specializing in science, religion, and psychology. She is currently Commissioning Editor at Pari Publishing. 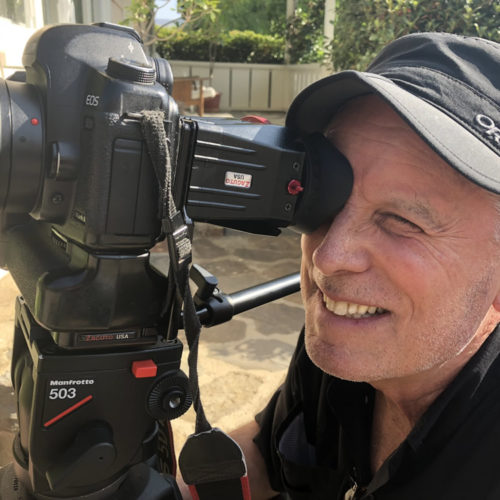 David West is a world-renowned cinematographer, based in Los Angeles, California.

He has worked for and with some of the biggest names in the documentary and reality tv genres. Highlights include LAST MYSTERIES OF THE TITANIC with JAMES CAMERON for Discovery Networks; BUILDING A DREAM with OPRAH WINFREY; A WALK THROUGH THE WHITE HOUSE with BILL CLINTON; CHASING UFO’S for NATIONAL GEOGRAPHIC; THE PHENOMENON for NETFLIX; WORLD ADVENTURE RACE – 250 miles through the Swiss alps; and hundreds more. 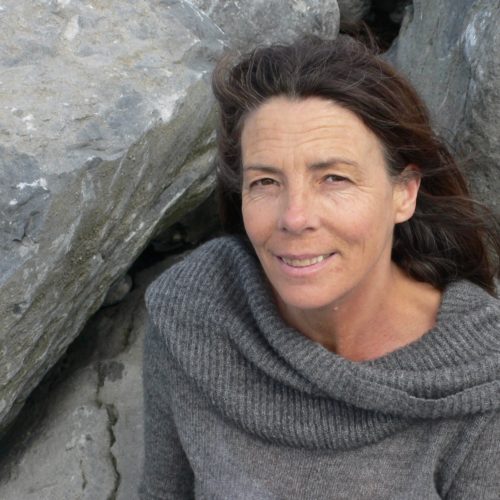 With over 30 years’ experience in the film and television industry, working in Australia, the U.K., and Ireland, Bernadette has enjoyed a distinguished career as an editor, associate producer and producer.

She has worked in genres covering natural history, drama production and in the commercial sectors. She has particular skills in script editing, production management and is a specialist on tax incentives pertaining to the film and tv sectors.

Most recently she was the associate producer for Infinite Potential – The Life and Ideas of David Bohm. She is currently developing “Speranza” – The Mother of Oscar, a new perspective on the Playwright and Poet Oscar Wilde seen through the prism of his Mother – Jane Francesca Wilde – “A Woman of Some Importance”. 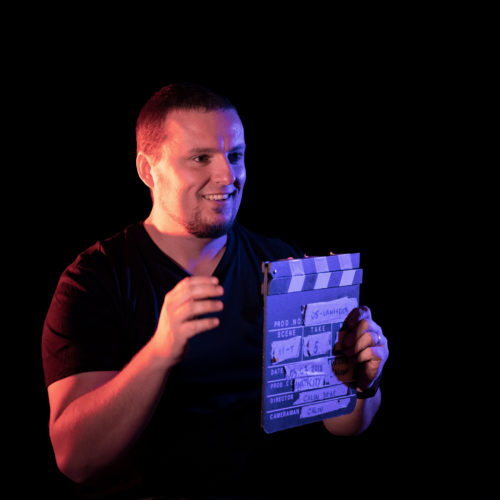 Călin is a designer, videographer, and VFX artist based in Timisoara, Romania. He has graduated from the Faculty of Arts and Design and had the opportunity to work with numerous clients from startups to established companies such as National Geographic, Continental, Everseen, Saguaro.
A video games aficionado, technology & science enthusiast and outdoor lover, Călin has a creative mind spiced with analytical thinking, attention to details and great humour.
Călin is part of the Amaticity (www.amaticity.com) team, a strategic design studio specializing in branding, digital design and motion. 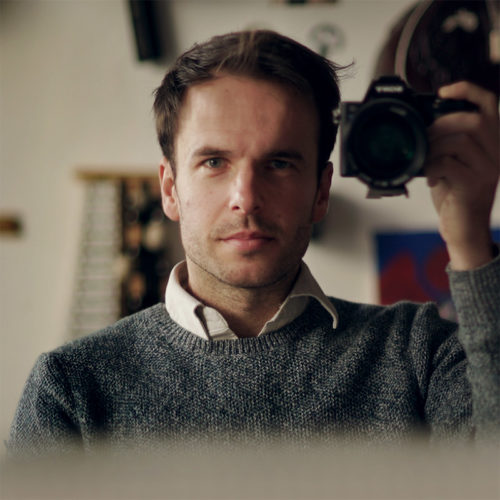 Filip Piskorzynski is an award-winning film maker and musician based in Hamburg Germany.
He started making films during his Studies of economic engineering at the Hamburg University of Technology in 2004.
As a cinematographer, director and music composer he has worked for clients such as Lufthansa, Allianz, BMW, Audi, Louis Vuitton, Toshiba, Telekom, Bosch, Nivea, VW, and a many more.
Filip has made two feature films - one as Director of Photography and one as a Co-director:

Filip is fluent in German, Polish, English & French and learning Spanish, Russian, Italian, Japanese & Mandarin. He is very happy to be associated as music composer for Infinite Potential – The Life and Ideas of David Bohm. 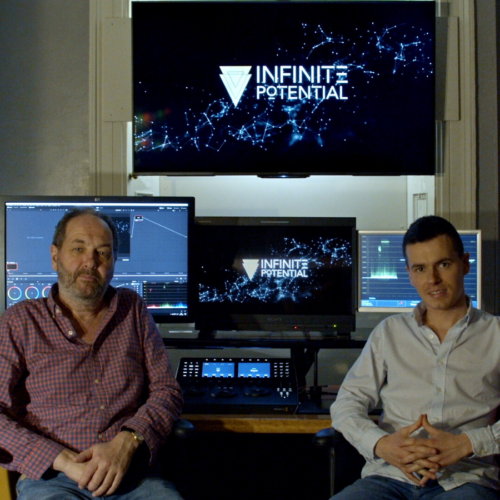 Mike Manweiler Quinn
Having worked in the industry for some six years now, Mike has input into and overview of all of High Wire’s services. Working in grading and finishing, Mike has a keen eye for the best in quality and creativity.

Both Mark and Mike are delighted to be part of the INFINITE POTENTIAL feature documentary team. 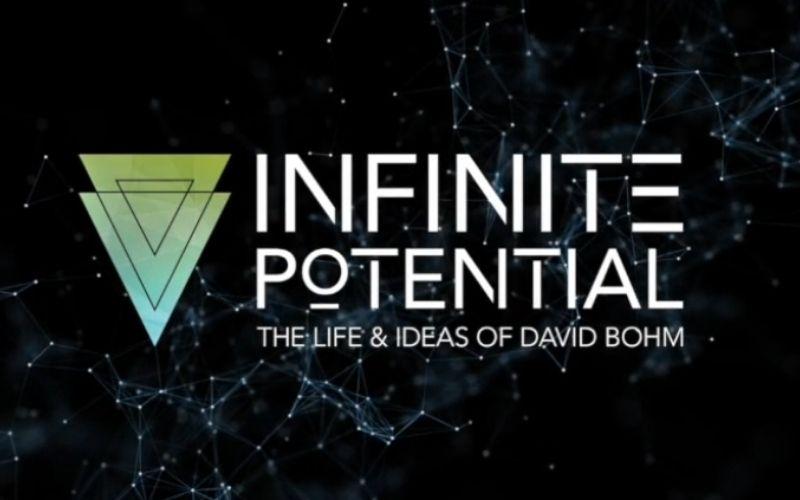 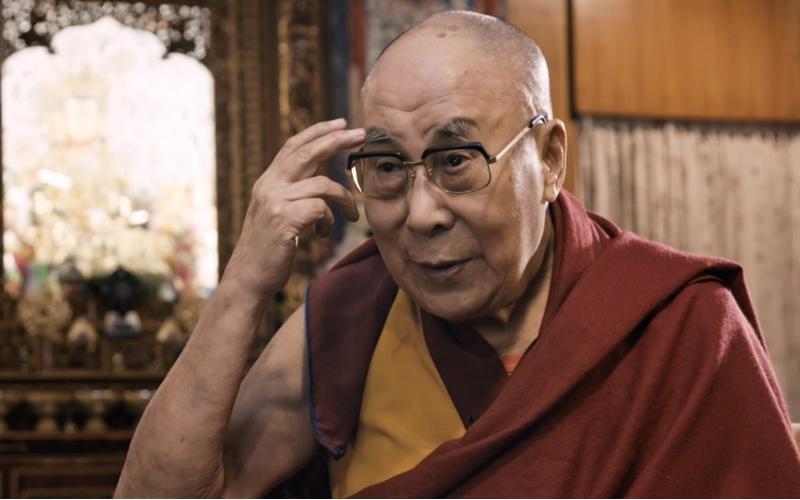 BROUGHT TO YOU BY

Infinite potential is a production company that specialises in producing conscious films and awaking people to their higher self. The movie infinite potential is the first release with more on the way currently in production. As Filmmakers, we want to keep these ideas ALIVE. Your purchase today will keep these groundbreaking ideas centre stage as the investment you make will allow us to keep the film fully updated and enable us to roll similarly themed material in the very near future.