Full interview with His Holiness the Dalai Lama

By David HowardSeptember 16, 2022No Comments

This is the full interview with His Holiness the Dalai Lama.

As you can imagine, we were eager to interview his Holiness because of his interactions with David Bohm. Bohm taught his Holiness about quantum physics. His Holiness often referred to David Bohm as his “science guru”. So, we were curious to hear the Dalai Lama’s thoughts on quantum physics, the concept that nothing objectively exists, and that reality exists in the consciousness of the Observer. We were given full access to his Holiness who welcomed us with generosity, kindness and with great compassion. In his own inimitable way, he spoke of his interest in science since he was a young man and how he now regards himself as 50% scientist and 50% Buddhist monk. But of course, he is 100% a spiritual Leader. He said that Bohm “opened up his mind” and expressed huge gratitude for the collaboration that took place between the two men.

From this Friday 16th September, on a fortnightly basis, you can watch full un-cut interviews with those who contributed as interviewees to the film. Many gold nuggets, sound bites and comments inevitably end up on the cutting room floor during the editing process of any film. Infinite Potential was no exception. As a director, one reluctantly must let go some great pieces of interview to bring a film in to a length that is acceptable to the reasonable restrictions imposed by broadcasters and distributers to accommodate theatrical, broadcast and screening schedules. Now you have an opportunity to absorb these inspiring insights! 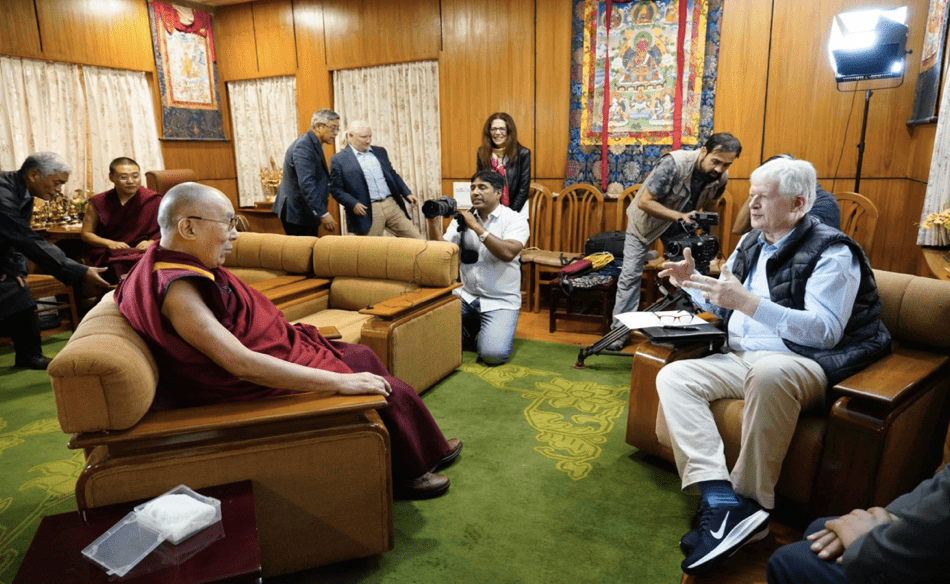